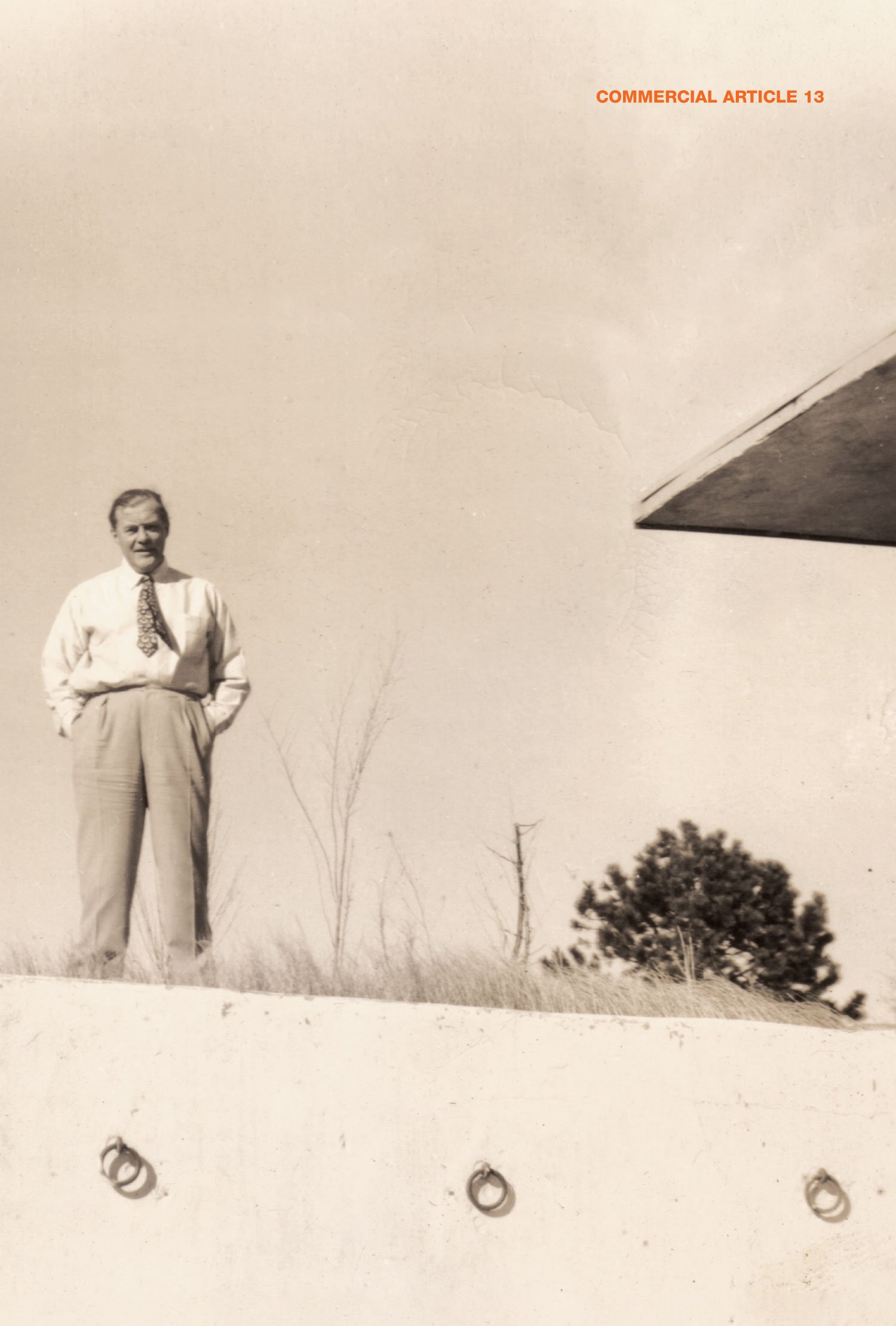 He was an early collaborator (and more) to Philip Johnson, a protégé of Mies van der Rohe, and a furniture designer for Herman Miller and Svenskt Tenn. Despite his many accomplishments most people have never even heard the name Jan Ruhtenberg. His life and work have remained a secret to most, until now.

Jan Ruhtenberg had a knack for being at the right place at the right time. He lived in Berlin and Stockholm in the 1930s just as the International Style was beginning to take hold. And when he came to New York during that same decade, it was to design MoMA’s landmark Machine Art exhibition and to teach Modernist architecture at Columbia University — making him the first European Modernist to do so. His most productive years were as a regional architect in Colorado Springs, until a supposedly scandalous event brought it all to an end.

More than 96 pages, the 13th issue of Commercial Article is illustrated with over 120 images — many from the personal collection of the Ruhtenberg family. Offset printed in Indiana on Mohawk paper.